The room I am referring to here is the office of the CIO, or should that be CTO or CDO (Chief Digital Officer), you see even as technology is evolving, the corporate role to manage digital transformation is evolving too. Since 2011, when Cloud, Mobile and Big Data technologies started to go mainstream, individual strategies to support each of these technologies have been evolving and some would argue that in some cases they remain separate strategies today. However the introduction of the Internet of Things (IoT) is changing the strategic agenda very quickly. For some reason IoT as a ‘collective & strategic’ term, has caught the interest of the enterprise and the consumer alike. IoT allows companies to effectively define one strategy that potentially embraces elements of cloud, mobile and Big Data. I would argue that in terms of IoT, cloud is nearly a commodity term that has evolved into offering connectivity any time, any place or anywhere. Mobile has evolved from simply porting enterprise applications to HTML5 to wearable technology such as Microsoft HoloLens, shown below. Finally Big Data which is broadening its appeal by focussing more on the analytics of information rather than just archiving huge volumes of data. In short, IoT has brought a stronger sense of purpose to cloud, mobile and Big Data. Two weeks ago I was fortunate to attend the ARC Advisory Group Forum in Orlando, a great conference if you have an interest in the Industrial Internet of Things and the direction this is taking. The terminology being used here is interesting as it is just another strand of the IoT, I will expand more on this naming convention a bit later in this post. There were over 700 attendees to the conference, and a lot of interest, as you would expect from industrial manufacturers such as GE, ABB, ThyssenKrupp & Schneider Electric. These companies weren’t just attending as delegates, they were actually showcasing their own IoT related technologies in the expo hall. In fact it was quite interesting to hear how many industrial companies were establishing state of the art software divisions for developing their own IoT applications. For me, the company that made the biggest impact at the conference was GE and their Intelligent Platforms division. GEIP focused heavily on industrial analytics and in particular how it could help companies improve the maintenance of equipment, either in the field or in a factory by using advanced analytics techniques to support predictive maintenance routines.

So how does IoT support predictive maintenance scenarios then? It is really about applying IoT technologies such as sensors and analytics to industrial equipment and then being able to process the information coming from the sensors in real time to help identify trends in data and how it is then possible to predict when a component such as a water pump is likely to fail.  If you can predict when a component is likely to fail, you can replace a faulty component as part of a predictive maintenance routine and the piece of equipment is less likely to experience any unexpected downtime. In GE’s case they have many years of experience and knowledge of how their equipment performs in the field and so they can utilise this historical data as well to determine the potential timeline of component failure.  In fact GE went to great lengths to discuss the future of the ‘Brilliant Factory’. The IoT has brought a sense of intelligence or awareness to many pieces of industrial equipment and it was interesting learning from these companies about how they would leverage the IoT moving forwards. There were two common themes to the presentations and what the exhibitors were showcasing in the expo hall.

Firstly cyber-security, over the past few months there has been no end of hacking related stories in the press and industrial companies are working very hard to ensure that connected equipment is not ‘hackable’.  The last thing you want is a rogue country hacking into your network, logging into a machine on the shopfloor and stealing tool path cutting information for your next great product that is likely to take the world by storm.  So device or equipment security is really a key focus area for industrial companies in 2015.  Interestingly it wasn’t just cyber-security of connected devices that was keeping CIOs awake at night, a new threat is emerging on the horizon.  What if a complete plant full of connected devices could be brought down by a simple Electro Magnetic Pulse (EMP) threat, this was another scenario discussed in one of the sessions at the conference. So encryption and shielding of data is a key focus area for many research establishments at the moment.

The second key theme at the conference was analytics. As we know, Big Data has been around for a few years now but even though companies were good at storing TBs of data on mass storage devices they never really got the true value from the data by mining through it and looking for trends or pieces of information that could either transform the performance of a piece of equipment or improve the efficiency of a production process.  By itself, Big Data is virtually useless unless something is done which results in actionable intelligence and insight that delivers value to the organisation. Interesting quote from Oracle,93% of executives believe that organisations are losing revenue as a result of not being able to fully leverage the information they have. 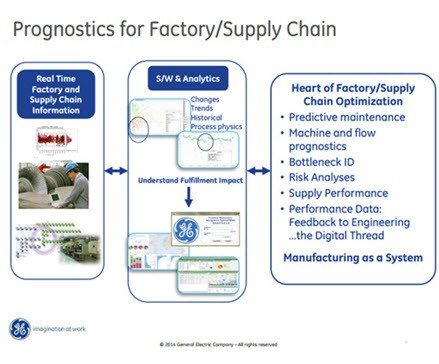 So deriving value from information coming from sensors attached to connected devices is going to become a key growth sector moving forwards. It is certainly an area that the CIO/CTO/CDO is extremely interested in as it can directly impact the bottom line and ultimately bring increased value to shareholders. I guess it is no surprise then that the world’s largest provider of Enterprise Information Management solutions, OpenText, should acquire Actuate, a leading provider of analytics based solutions.

Actuate has some great embedded analytics capabilities that will potentially help improve the overall operational efficiency of connected industrial equipment. In a previous blog I mentioned about B2B transactions being raised ‘on device’ , well with semi-conductor manufacturers such as Intel  spending millions of dollars developing low power chips to place on connected devices, it means that the device will become even more ‘intelligent’ and almost autonomous in nature.  I think we will see a lot more strategic partnerships announced between the semi-conductor manufacturers and industrial equipment manufacturers such as GE and ABB etc.

So coming back to the conference, there was actually another area that was partially discussed, the area of IoT standards.  I guess it is to be expected that as this is a new technology area it will take time to develop new standards for how devices are connected to each other and standard ways for transporting, processing and securing the information flows. But there is another area of IoT related standards that is bugging me at the moment!, the many derivatives of the term IoT that are emerging.  IoT was certainly the first term defined by Kevin Ashton, closely followed by GE who introduced the Industrial Internet of Things, Cisco introducing the Internet of Everything and then you have the German manufacturers introducing Industry 4.0.  I appreciate that is has been the manufacturing industry that has driven a lot of IoT development so far but what about other industries such as retail, energy, healthcare  and other industry sub-sectors?  Admittedly IoT is a very generic term but already it is being more associated with consumer related technologies such as wearable devices and connected home devices such as NEST.  So in addition to defining standards for IoT cyber security, connectivity and data flows, how about introducing a standard naming convention that could support each and every industry? As there isn’t a suitable set of naming conventions, let me start the ball rolling by defining a common naming convention!  I think the following image nicely explains what I am thinking of here. In closing, I would argue, based on the presentations I saw at the ARC conference, that the industrial manufacturing sector is the most advanced in terms of IoT adoption. Can you imagine what sort of world we will live in when all the industries listed above embrace IoT, one word, exciting! Mark Morley currently leads industry marketing for the manufacturing sector at OpenText.  In this role Mark has a focus on automotive, high tech and the industrial sectors. Mark also defines the go-to-market strategy and thought leadership for applying B2B e-commerce and integration solutions within these sectors. As Senior Director, Product Marketing for Business Network, Mark leads the product marketing efforts for a suite of cloud integration, IoT and IAM solutions that help companies establish an end to end digital ecosystem to connect people, systems and things. Mark also has an interest in how disruptive technologies will impact future business environments. Mark has nearly 30 years industry experience across the discrete manufacturing sector. How to select the best cloud fax service in 2022 Takeaways from OpenText World EMEA from the Customer Solutions Track