A recent survey conducted by Legal Business, sponsored by OpenText, found that organizations in the DACH region are experiencing a resurgence in regulatory and whistleblower investigations.

The survey, which polled senior legal, compliance and investigations professionals within corporations and law firms across the DACH region, cited the top triggers for investigations as follows:

But the breadth in types of investigations being conducted is much broader, with survey respondents citing that they have conducted the following forms of investigations at least once in the past three years: lawsuits filed by an individual, lawsuits filed by another organization, and antitrust related notices from a regulator each scoring at 25.5% among respondents. Investigations in response to notices from a regulator in relation to whistleblower allegations also figured prominently, at 23.4% of participants.

It should be no surprise that these types of investigations top the list of those which senior leaders are addressing, given the heightened regulatory framework and protected whistleblower culture in the region. For example, new rules for investigations in Germany provide for a potential reduction of a sanction against a company that has conducted internal investigations that contributed to the clarification of the company-related criminal offense (thus accelerating internal investigations into employees and potential criminal activity); new German competition legislation expands the investigative powers of the antitrust authorities, including broader powers in relation to dawn raids; and  steep fines—as high as €35.3 million—are being imposed based on the European General Data Protection Regulation (GDPR) violations, among other expanded regulatory insight and action.

The need to conduct internal and compliance investigations early and often, to detect signs of potential violations—and respond rapidly to regulatory inquiries—also must be considered in the context of an uptick in the investigations workload DACH organizations are facing.

To speed insight into the facts and mitigate risk, explained by Simon Price, VP Sales, OpenText Legal Tech, “organizations are actively forming partnerships with us, so they can quickly access our Axcelerate investigations technology and Recon Investigations service when a new investigation starts. 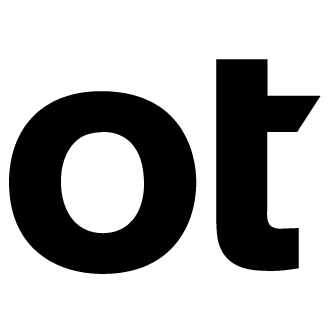 With over 25 years experience in Market Intelligence and Product Marketing, Duncan brings a rich set of perspectives as a subject matter expert in a broad array of tech topics including content process automation and analytics, data privacy and regulatory compliance. As Product Marketing Manager, OpenText Legal Tech, Duncan contributes to product positioning and messaging across OpenText’s suite of Legal Tech products. Duncan holds a MBA from the University of British Columbia, a BA Hons in Political Science from the University of Guelph and an Executive Certificate in Negotiation and Conflict Management from the University of Notre Dame. How to find information faster in email Twitter v. Musk illustrates how sources of discoverable ESI are more diverse than ever