SWIFT has been a hot topic in the news lately but there seems to be an overwhelming amount of confusion about what SWIFT does and how they impact the global financial ecosystem. First, let’s uncover what SWIFT stands for, the Society for Worldwide Interbank Financial Telecommunication. As the name implies, SWIFT serves a communication network for banks, SWIFT is not moving money, transferring assets, or holding assets of any kind.

Next, let’s understand why a communication platform for financial messages is such a big deal. Sending payments internationally can be incredibly complex. To successfully send a cross border payment, one must be conscious of the changing currencies, fluctuating exchange rates, and actual language barriers in order to ensure payment accuracy. Before SWIFT, financial messages were send via a service called telex. Telex messages closely resembled the formatting of an actual handwritten letter, these messages included extensive manual activities that did not follow any type of structure, making the process incredibly time consuming.

When SWIFT was introduced in 1973, the cross-border payment messaging system was instantly streamlined and improved. Now, all payments sent via SWIFT are accompanied by a unique SWIFT code that quickly relays the required information for understanding the payment message. The formatting of these messages follows a strict code-based structure that allows for timely processing. An example of the code structure can be seen below.

How SWIFT Breaks Down Global Barriers

Every bank that is a part of the SWIFT network can take advantage of the code-based messaging system seen above. With this innovative code, SWIFT removed error prone and time-consuming manual activities associated with cross border payments and provided a secure and immediate connection. SWIFT provided structure to financial messaging when there was dire need for efficiencies, the platform has been incredibly well received and widely adopted since launch. According to SWIFT, more than 11,000 global SWIFT member institutions sent an average of 42 million messages per day through the network in 2021, marking an increase of 11.4% over 2020.

Is every country in the world a part of SWIFT?

No. However, in 2014 SWIFT reported over 200 countries and territories make up the SWIFT network.

If a country is not a part of SWIFT does that mean they cannot transact internationally?

For further explanation, consider the two different scenarios listed below. In these examples, SWIFT can represent a cell phone, cell phones make cross border communications easier but, are not the only way to communicate with someone.

Is it common for a country to get ejected from SWIFT?

No. This is happened only three times in recent history. First with Iran in 2012, then with North Korea in 2017 and again with Russia earlier this month.

The OpenText™ SWIFT Service Bureau provides quick and cost-effective access to the SWIFT network without taking on the administrative burdens and costs of managing the SWIFT infrastructure. As the leading provider of global B2B integration services, OpenText delivers a powerful combination of technology, people, and process to provide a single secure gateway to communicate financial messages, such as securities settlement instructions, payments, bank statements, foreign exchange transactions and holdings reports with the worldwide financial community.

If you are a financial services provider or a corporation looking to learn more about OpenText’s Swift Service Bureau offering, please click here. . Alexis Holland is an experienced product marketer and financial services thought leader. Driven by solving complex client payment needs, she takes pride in providing the best customer experience possible by effectively communicating the numerous benefits of the financial services offerings within OpenText Business Network. With years of experience in the financial services industry, Alexis enjoys topics around the rapidly growing and constantly changing world of banking and payments. Alexis is a Senior Product Marketing Manager at OpenText, she leads product marketing efforts for Financial Services. 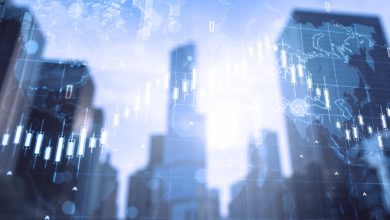 Business to Anything integration at OpenText World EMEA Why `digital fakers’ have nowhere to hide